This season Manchester City are proving to be one of the world’s best teams of recent years. It could be argued that, if their season goes to plan, they will be regarded alongside the likes of  Barcelona and PSG. With the first of their cup hopes coming this weekend against Arsenal in the Carabao Cup final, City will be looking to complete the first step in a potential first ever ‘quadruple’. If they beat Wigan today they will be in the last 8 of the FA cup. After a 4 – 0 thrashing away to Basel in the Champions League round of 16, it looks like they’ll be in the quarter final of that as well. Furthermore, after total domination of the Premier League, leading their Manchester rivals by 16 points, Man City look to be a class ahead of every other English team, just like teams such as PSG are dominating their league.

Arsenal are the only team in the way of City’s first trophy of four, and with a lot of success at Wembley in recent years, the Gunners will be very confident in denying Man City of the cup. But, in favor of the league leaders, Arsenal haven’t won this cup since 1993 and the only other tie these two teams have had this season, Man City came away with a fairly comfortable 3 – 1 victory. However with new signings Aubameyang and Mikitarian promising good attacking quality, Arsenal will be looking to upset the form book by winning the League cup for the third time in their club’s history. Man City have won the League cup twice as much as Arsenal, most recently winning in 2016 after beating Sunderland.

Manchester City have won the FA Cup 5 times, 2011 being the last year they won it in. They play Wigan Athletic in the next round. Wigan are a team that have given City nightmares in the past, especially in 2013 when they overturned City to win this very trophy in surprising style. If City were to lose this fixture again in the FA Cup, it would be robbing them not only of the cup this time, but the potential quadruple. So, with that important League cup final coming up, does Pep play a strong team against Wigan to strengthen his chances of a win? Or does he rest his players and hope for a win?

There is no question that Man City are a class above every other English team the league and becoming Britain’s elite is in no doubt for the league leaders. They are 16 points ahead of 2nd placed Man United and have only lost 1 out of 27 league games already played. The chance that they could let their lead slip is small. With 33 points on offer, they could get to 105 points. They only need 17 points to win the league, and that is if Manchester United win all their remaining games. To sum up, if they win the Carabao cup this weekend, they will have pretty much won the double this early. It would also mean that they would be halfway to the historic quadruple they are aiming for. 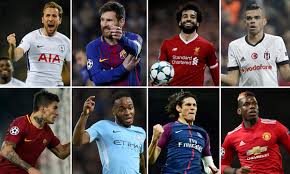 The hardest of the four… the competition that determines who is the world’s greatest. Manchester City have never won it. Of the teams currently in Premier League, only Liverpool, Chelsea and Man United have won it. With 5 English teams in the round of 16, the world is finally seeing how good the Premier League really is. Manchester City and Liverpool won by 4 or more goals away from home in their first leg, Spurs take Juventus to Wembley with 2 away goals in the bank, while Chelsea and United are still to play the first leg in their round of 16 matches. As well as this, big teams like Barcalona, Chelsea, PSG and Real Madrid are tied together meaning the quarter finals will somehow be easier, as some previous winners may have to bow out early. For me, this is Man City’s best chance to win this tournament because of the class and form they are showing. Along with that, the other big teams in Europe are in quite poor form and look to be quite worried about the prospect of drawing a team like City or Liverpool. It is just a question of nerves and delivery. Can Man City carry it through?